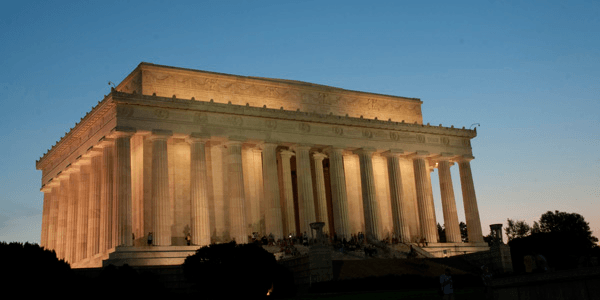 Hurricane Ian was the fifth-strongest hurricane to reach the United States in history. It landed on the West Coast of Florida and dumped up to 20 inches of rain on the central part of the state. After moving into the Atlantic, it reached South Carolina as a Category 1 hurricane and continued to cause serious destruction in both Carolinas.

Over 89 fatalities have been reported. Many were individuals in Florida who were trapped by rising flood waters and drowned. Others were lost in devastating destruction at Fort Myers Beach or Sanibel Island.

Air traffic was grounded in the devastated areas. Over 2,000 flights per day were canceled from Wednesday through Friday in Florida and the following week in South Carolina. Tampa and Orlando airports were completely shut down, as was the Charleston International Airport in South Carolina.

Over 2.5 million Floridians were under evacuation orders. However, a number of individuals chose to stay in place and ride out the storm. There were record levels of power outages. At one point, approximately 25% of Florida or 2.7 million customers were in the dark.

The insured losses in Florida are expected to exceed $60 billion. This is the second largest disaster loss. It trails Hurricane Katrina that struck New Orleans in 2005, which caused almost $90 billion in losses when inflation adjusted to 2022.

With winds of 150 miles per hour when it reached Cayo Costa, Florida, Ian was the fifth highest speed hurricane in U.S history. There were winds of 140 mph in Cape Coral, 135 mph in Punta Gorda and 112 mph in Pelican Bay. The gusts in South Carolina reached 94 mph.

A major risk of any hurricane is the storm surge. The West Coast of Florida had a maximum storm surge of 12 feet. Both Naples and Fort Myers surpassed the highest water levels previously recorded.

Central Florida reported 20 inches of rain in multiple areas. Union Park, northeast of Orlando, had a record 21.16 inches of rain.

Many individuals had a 2021 tax return filing date extension until October 17, 2022. Taxpayers in these three states may now delay filing until February 15, 2023. However, tax payments were due on April 18, 2022 and the relief will not apply to those amounts.

The IRS emphasizes that it will automatically provide the filing and penalty relief to anyone with a permanent address in the disaster area within the three states. Unreimbursed disaster-related losses may be deducted on a 2022 tax year return or a return for tax year 2021. The Federal Emergency Management Agency number for South Carolina is DR-3585-EM-SC and DR-3586-EM-NC for North Carolina


In Heinrich C. Schweizer v. Commissioner; No. 3679-18; T.C. Memo. 2022-102, the Tax Court disallowed a deduction for a gift of an African sculpture to a museum because the tax return did not include a fully completed IRS Form 8283 and a qualified appraisal.

Heinrich C. Schweizer was born in Munich, Germany and was a life-long collector of African art. He obtained a law degree in Germany, had an internship in New York City with Sotheby's and then spent five years in Germany studying for a PhD in law. In 2006, he was invited to be the Director of African and Oceanic Art at Sotheby's and served in that role from 2006 to 2015. During that time, he frequently provided estimates of the sale price for African art items and regularly worked with the Sotheby's appraisal department.

Schweizer made charitable contributions of African art to museums in 2007, 2009 and 2010. In 2011, he made a gift of a Dogon sculpture to the Minneapolis Institute of Art (MIA). In 2003, he acquired the sculpture in Paris for $100,000. The gift to MIA was on December 6, 2011 and he obtained an extension to file his return until October 15, 2012. On June 7, 2012, Mr. Kassel submitted a request for a Statement of Value (SOV) from the IRS for the Dogon sculpture. The IRS Art Appraisal Service (AAS) unit will in some cases provide an estimated value for taxpayers.

The SOV package included a one-and-one-half page appraisal of the Dogon sculpture by Michael Oliver, a New York dealer in African arts. He valued the work at $600,000. Mr. Oliver did not complete any other appraisals before or after that time. The SOV package included a substantially complete IRS Form 8283, Noncash Charitable Contributions and was transmitted to the AAS. It reported a $600,000 value for the sculpture.

Because the AAS response was not received prior to filing his 2011 return, Mr. Kassel filed a return on October 9, 2012 and claimed a $600,000 deduction. The return included a partially completed IRS Form 8283. Because Form 8283 was missing substantial information, the gift was over $500,000 and there was no attached appraisal as required by Section 170(f)(11)(D), the IRS rejected the deduction. An IRS staff appraiser determined that the Dogon sculpture should be valued at $250,000. The IRS assessed a deficiency and accuracy related penalty.

Schweizer petitioned the Tax Court. The IRS was successful in obtaining an order that the appraisal was not qualified, the taxpayer had not attached an appraisal to the return and the IRS Form 8283 was incomplete. Therefore, the deduction was denied in full.

The court noted that a reasonable cause exception may permit a deduction. See Section 170(f)(11)(A)(ii)(II). However, the taxpayer must act in actual reliance on advice of an accountant or return preparer. The taxpayer filed a petition with the Tax Court and claimed that there was "reasonable cause" for the failures and the deduction should be permitted.

There was no record at trial that Mr. Kassel actually provided professional advice concerning the reporting requirements. The taxpayer claimed that because the SOV had a completed IRS Form 8283, there was no requirement to submit Form 8283 and the appraisal with his tax return. However, there is no evidence that taxpayer relied on the information from Mr. Kassel. In addition, taxpayer was a lawyer with five years of doctoral study on law. Therefore, he had expertise and had made three prior tax-deductible contributions. Schweizer had experience with the requirement to file a completed IRS Form 8283.

Because the IRS Form 8283 was substantially defective and contained obvious errors, the taxpayer did not exercise sufficient care to justify the reasonable cause defense. The deduction was denied in full.


Senator Ron Wyden (D-OR) is Chair of the Senate Finance Committee. On October 4, 2022, he sent a letter to Treasury Secretary, Janet Yellen, and Internal Revenue Service Commissioner, Charles Rettig. He outlined his expectations for the $80 billion in new IRS funding authorized under the Inflation Reduction Act.


The IRS has announced the Applicable Federal Rate (AFR) for October of 2022. The AFR under Section 7520 for the month of October is 4.0%. The rates for September of 3.6% or August of 3.8% also may be used. The highest AFR is beneficial for charitable deductions of remainder interests. The lowest AFR is best for lead trusts and life estate reserved agreements. With a gift annuity, if the annuitant desires greater tax-free payments the lowest AFR is preferable. During 2022, pooled income funds in existence less than three tax years must use a 1.6% deemed rate of return

Queen Elizabeth Had a Plan