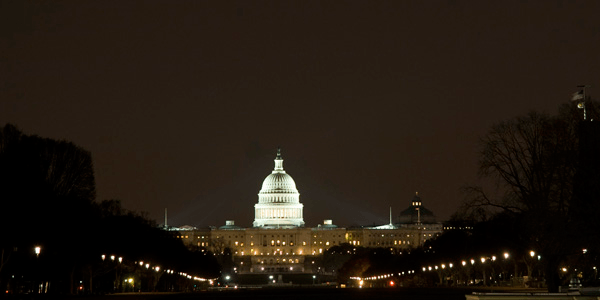 In IR–2022–217 the Internal Revenue Service reminded taxpayers born in 1950 or earlier of the December 31 deadline for IRA and most other required minimum distributions (RMDs).

Generally, owners of IRAs or other retirement plans must take a required minimum distribution after they reach age 72. The first RMD may be delayed until April 1 of the year after reaching age 72. If the first distribution is delayed, two distributions will be required in that next year. There is an exception for active workers who are not major owners of a business. These individuals may delay their RMDs until retirement. With a traditional IRA or similar retirement plan, the full RMD is taxable income.


The IRS has filed a motion with the Tax Court to request a reconsideration of a November 9, 2022 opinion in which the majority of Tax Court judges held that Notice 2017-10, 2017-4 IRB 544 was invalid because the IRS failed to comply with notice and comment procedures required by the Administrative Procedure Act (APA).

The majority of the Tax Court judges refused to accept the IRS position that Congress exempted the IRS from the APA procedures through Section 6707A of the American Jobs Creation Act of 2004 (AJCA). The IRS claimed that AJCA provisions show Congress approved of the IRS practice of identifying listed transactions by notice.

However, the Tax Court stated that Section 6707A "offers no express indication from Congress exempting the IRS from the standard notice-and-comment rulemaking of the APA." The Tax Court also cited the Sixth Circuit's reasoning in Mann Construction Inc. v. United States, 27 F.4th 1138 (6th Cir. 2022) that held a 2007 listing notice on cash value life insurance trusts (Notice 2007-83, 2007-45 I.R.B. 960) was invalid because the IRS did not comply with APA notice requirements.

The IRS supplementary brief explains that the Mann decision failed to consider text "evidencing Congress' clear intent that such notices need not follow notice-and-comment procedures and failing to appreciate the existence and implications of the dozens of listed transaction notices that had already been issued without notice-and-comment when the AJCA was enacted."

The IRS supplementary brief indicates that the existence of other provisions in AJCA, that permitted the IRS to identify listed transactions by notice were not considered by the Tax Court. The IRS stated, "The Sixth Circuit in Mann Construction failed to consider the effective date provisions for the AJCA's amendments to Sections 6501 and 6404, both of which are predicated on the validity of the listing notices the IRS had issued before the AJCA's enactment and the regulation that authorizes the identification of listed transactions by notice."

The IRS argues that the failure of the Tax Court judges to consider these points suggest that they should reconsider the case. The IRS notes that it is important to ensure "the record clearly reflects the Court's consideration of the new arguments in Respondent's Supplement given the absence of discussion of those arguments in the Opinion and the brief lapse of time between the filing of Respondent's Supplement and the Court's fully reviewed Opinion."

Editor's Note: The battle between the IRS and promoters of syndicated easements is continuing. It is likely to be the subject of many other Tax Court cases. It appears that the contests are now transitioning from technical issues to valuation disputes.

SECURE 2.0 May Be Included in December 23 Omnibus Bill


House Ways and Means Committee Ranking Member Kevin Brady (R–TX) stated to reporters on December 14 that the SECURE 2.0 retirement package is still likely to be included in an omnibus spending bill.

While the larger tax section of an omnibus bill is not likely to pass this month, the retirement package may be included. House Ways and Means Committee Chair Richard Neal (D-MA) indicated that negotiations on the larger tax package were "pretty stubborn" and were not moving forward. However, Brady stated, "My sense is that they are leaving open room for a very narrow, tightly focused tax title, separate from SECURE 2.0." He stated that the negotiations to resolve the differences between the House Securing a Strong Retirement Act of 2022 (H.R. 2954) and the Senate Enhancing American Retirement Now Act (S. 4808) were "within a foot of the end zone." Brady concluded, "Our assumption is that it would move with the omnibus."

The retirement package has had near unanimous support in the House and Senate. While it is quite probable that the broader tax bill will not be included, there still is a reasonable prospect for passage of SECURE 2.0 with the omnibus bill.

Benefit in 2022 With an IRA Charitable Rollover