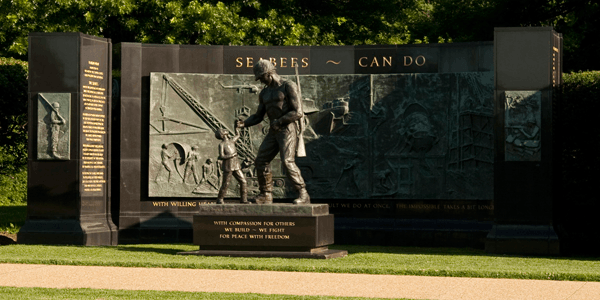 On December 29, 2022, President Biden signed a $1.7 trillion spending bill. This bill needed to be signed by Friday, December 30, 2022 to avoid a government shutdown.

Many members of Congress had hoped that there would be a substantial tax title in the bill. Congress, however, was unable to build a bipartisan consensus on the expanded child tax credit and the research and development amortization rules. Therefore, the bill did not include a major tax title. In addition, many of the small tax extenders that had been in previous bills were not included.

A major portion of the bill was a bipartisan retirement plan titled "SECURE 2.0." This bill includes multiple provisions designed to increase retirement savings. One helpful change is that the required minimum distribution (RMD) age will increase to 73 in 2023 and 75 in 2033.

SECURE 2.0 initially was passed by the House with a cost of $37 billion. The Senate version increased to $44 billion and the final bill was scored at $53 billion. House Ways and Means Committee Chair Richard E. Neal (D-MA) indicated the increased cost was "fully offset" by various provisions.

Another revenue raiser is a provision to limit the tax benefits for syndicated conservation easement charitable deductions. These deductions will be limited to 2.5 times the basis of the investors. This provision is estimated to raise $6.4 billion over the next decade.

The bill funds the Defense Department with $858 billion. The non-defense spending is $800 billion. There is an allocation of $44.9 billion for military and humanitarian aid to Ukraine. The U.S. disaster relief fund received by $40.6 billion.

A contentious issue for the past decade has been projects earmarked for home states and districts of congress members. This bill included $15.3 billion for over 7,200 projects that were earmarked for specific states or districts. A lawmaker whose district receives an earmark must, however, publish their request online and certify that they have no financial interest in the project.


In IR-2022-234, the Internal Revenue Service (IRS) published the standard mileage rates for business, moving, medical and charitable travel for 2023.

Each year, the IRS hires an independent contractor to study the fixed and variable cost of operating an automobile. With the increased cost of gasoline this past year, it was expected there would be an increase in the standard mileage rates for business, medical and moving travel. Because the charitable mileage rate is fixed in the Internal Revenue Code, it does not change.
The standard mileage rate is the same for gasoline, diesel, electric or hybrid vehicles.

IRA to Gift Annuity or CRT Questions For JCT

Following passage of major legislation, the Joint Committee on Taxation (JCT) publishes a guide that explains in detail the government position with respect to the provisions. The General Explanation of Tax Legislation is commonly called the JCT "Bluebook." Following the passage of the Consolidated Appropriations Act of 2023, JCT will eventually publish a Bluebook on the bill.

There are at least three significant Section 307 issues requiring guidance from JCT. These are whether the full $50,000 rollover will qualify for the required minimum distribution (RMD), whether it is possible to take both the $100,000 QCD for an outright gift and the one-time $50,000 QCD to a gift annuity or CRT in the same year and whether two spouses are permitted to each transfer $50,000 to a two-life unitrust.
Editor's Note: The philanthropy community should express appreciation to multiple individuals for passage of Sec. 307. Attorney Conrad Teitell has worked for 25 years on the IRA charitable rollover. Conrad, who has a good sense of humor, states his epitaph will be "He Helped Pass the IRA to Gift Annuity Rollover." Rep. Kevin Cramer (now Sen. Cramer) set up a meeting in the Capitol on Feb. 15, 2018 with then-Chair of the House Ways and Means Committee Kevin Brady. It was attended by leaders of major nonprofits and staff of the Charitable IRA Initiative. Rep. Brady and Sen. Cramer championed the IRA to life-income rollover in the House and the Senate. Sally Schaeffer, a DC advocate working with major national nonprofits, built a strong coalition of charities supporting the bill. Finally, both the American Council on Gift Annuities and the National Association of Charitable Gift Planners have been strong supporters of this provision.

Benefit in 2022 With an IRA Charitable Rollover